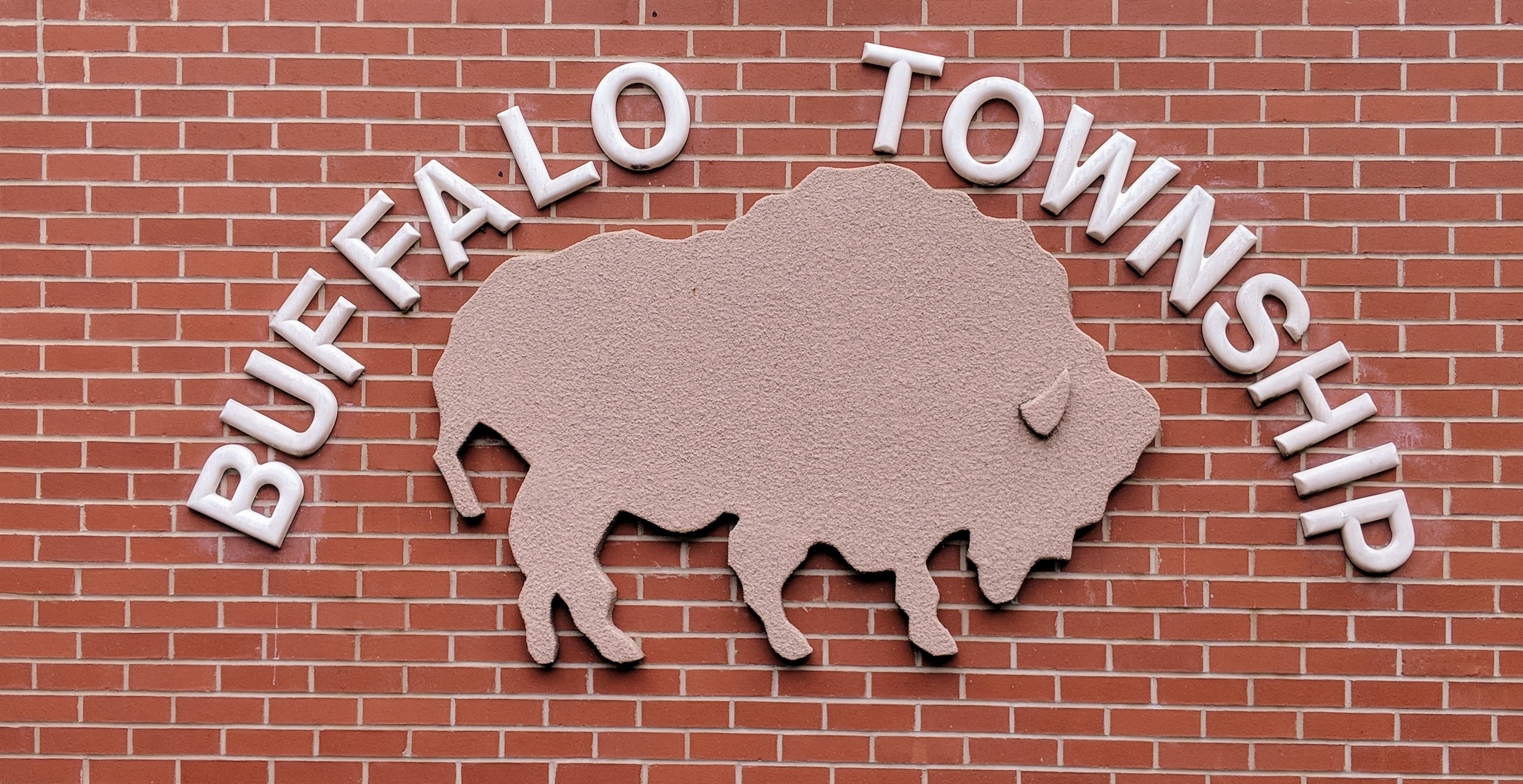 If you have any questions regarding our services, please contact us by calling or e-mailing the Buffalo Township Office and someone will return your call as soon as possible.

Up to 1854, when the last re-subdivision of the county took place, it was one of the largest townships in the county. In that year its area was reduced to its present limits. It is the southeast township in the county, and is the dividing line between the oak and pine hills, the latter beginning near Sarversville and predominating toward the south and east lines of the township. Big Buffalo creek enters the Allegheny river at the southeast corner of this township. About two miles north of this confluence it receives the waters of the Little Buffalo and SARVER’s run, and all drain the north half and [p. 482] southeast quarter; while Little Bull creek and the feeders of the center head of Bull creek drain the southwest quarter of the township. The elevations are 766.4 feet above ocean level at Buffalo station; 801.6 at HARBISON; 840 at MONROE, and 1,026.8 at SARVERS, the railroad track being the point of measurement.In the southeast corner, the Upper Freeport coal is 140 feet above the mean water in the Allegheny river, while above Monroeville, on SARVER’s run, it disappears under the bed of that stream, and does not reappear until the Clinton line is approached, where MILLER’s drift occurs, and the old WALKER banks of REETH, WILSON and KRUMPE, now operated by YAEHNIG, FREDLEY and Joseph REETH. The Buffalo sandstone is seen at 120 feet above the coal. Along Bull creek the cliffs form an interesting feature. At Monroeville, a knob rises 450 feet above the line of the coal bed opposite MONROE station, where Michael STEPP’s coal bank is located. Freeport limestone and the green crinoidal limestone appear down the creek from Monroeville and west of that village, some distance above the W. H. SARVER coal banks. On the FLEMING farm, on little Bull creek, the Elk Lick coal is found thirty-five feet above the crinoidal rock, and the latter on the RICHARD’s farm north of the south line. The Freeport Historical Society sells a book on the history of Buffalo Township.